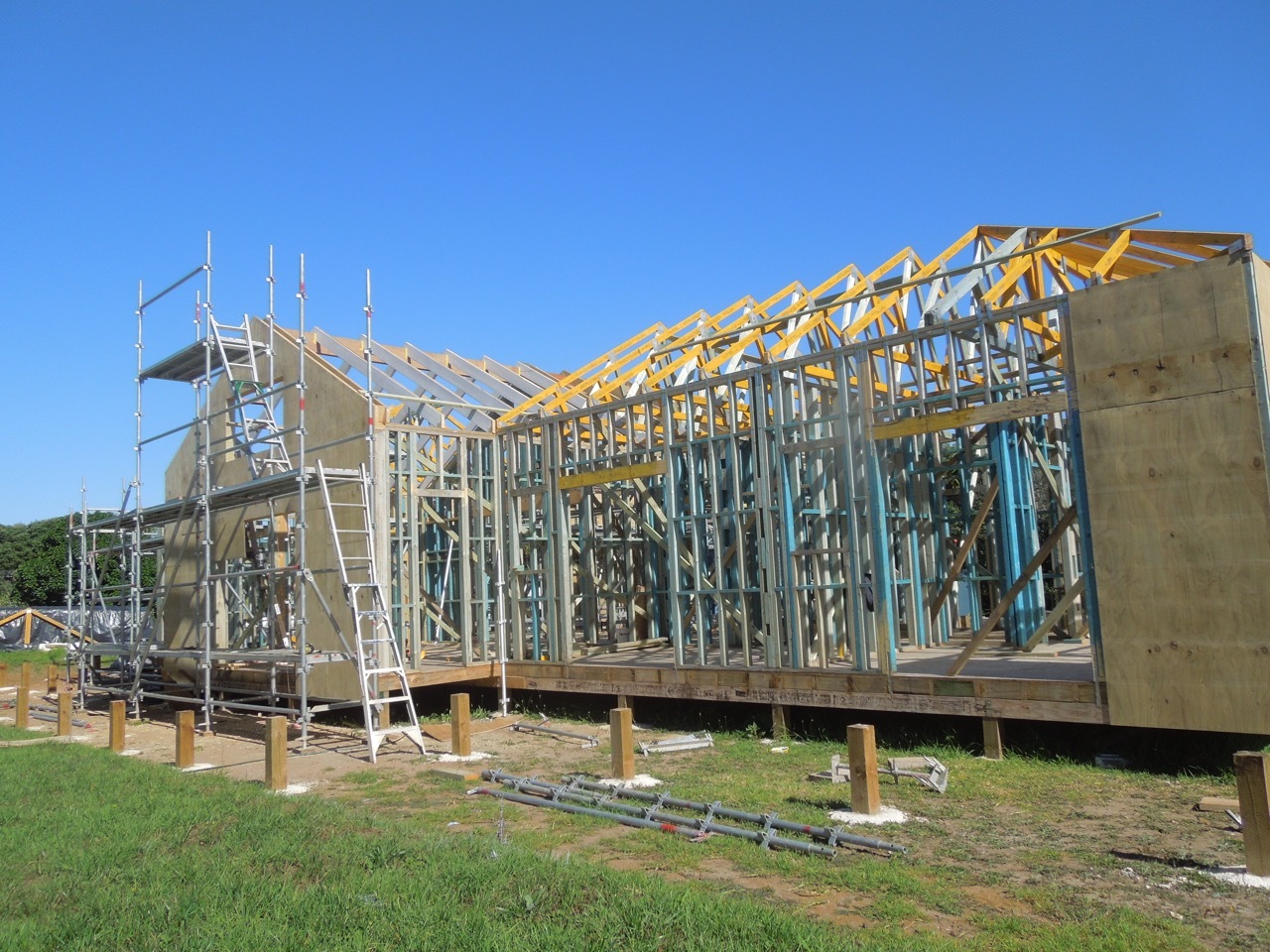 The Colours of White

That's about the measure of my life at the moment. Which of the 20,000 whites and neutral colours would look exactly right on the walls of our new house interiors?  White (of some kind) walls and a few shades darker on the lovely wide skirtings? Or the other way around? This is a mission that I assume is as difficult even if one lives on the mainland, and not off-grid. Thank goodness for the internet.  John doesn't really care, until he sees my latest colour choices when he suddenly finds he doesn't like that but what about plain old ceiling flat white which looked good on the stone cottage in Wales when he painted it half a century ago? It was called whitewash then. Our modern painter explained that today's paints are more hardy and can even be washed, or the odd grubby marks wiped off at least. Then there are the knobs for the kitchen cabinets; antique copper of simply copper? (I haven't even mentioned these to John yet; if he saw their price he would suggest bits of rusty iron that he could scavenge from under the old house. Luckily he no longer gets my newsletter as he has changed his e-mail and doesn't know how to re-subscribe.)

What about those rugs that our dark wooden floors will need?  The turkish rug shops in Auckand and online (necessary for me) have around 2000 to choose from. We have, at least, ordered the stained glass light shades for the main rooms; all hand made by a glass maker in the big city which has been there forever. He doesn't have a website or use e-mail so one does have to actually go into his workshop. Which we did on the way back from Heron Island, and with his help designed our light shades. Next problem wll be getting them to the island as they are delicate. It will be ye old 5 hour each way 4WD on ferry trip to Auckland I think to pick them and other lights and breakable mirrors and such up ourselves. We might have to combine it with the Auckland Writers' Festival in May. What a fine idea!

Getting the rest of the furniture, whiteware, cooker hood, etc etc  is a truly Off-Grid nightmare, as by late June or July when hopefully either the house will be finished or at least our garage will be mostly empty of building materials and ready to store furniture, the ferry will be on its winter schedule. This could mean that it might come three times a week, or not at all. I have been researching ways to get a small furniture truck over here, whether with the help of sons, or the same guys that brought over the house materials, and it ain't simple either way. Perhaps we'll end up with a beautiful home chock full of perfectly selected walls of white and neutral tones with stained glass light shades shooting out pops of colour, but have to revert to wooden crate tables, concrete blocks and random bits of wood bookshelves, and hay-filled squabs on the floor, just like our student days.  What fun. Perhaps not in the winter as it will be by then.

The actual house building is currently going full steam ahead and the amount of wood in it is staggering. No wonder it took six very big and overloaded trucks to get it over here. There have been hiccups of course, some bigger than others, but "It is what it is, Jenni" is the refrain. I can now predict it coming. "I guess it is what it is, Pete, Gerry, Bazza," or whoever, I say, before they can. (Note that I very carefully chose three names that are not any of the names of our tradies; so far no Petes, Gerrys or Bazzas, but just about every other name is represented.)  On the plus side, and I suspect this is enhanced by living on a small island, all our builders and tradies know each other well, seem to have a good time together even when working their butts off in very hot weather, and if they are missing something, phone up another tradie on another building site and see if he has a pot of primer (as the ferry which brings stuff over here is exceptionally unreliable, and the paint ordered could take a week or a month).  Another pleasure of off-grid living is that our solar sytem already installed is fantastic and runs all of the builders' tools no trouble, saving us $60 a day on petrol for the generator (downside of off-grid living; petrol here is the most expensive by far in NZ, over NZ$3.00 a litre. (For my US friends, that is over US$2.)  Our plan in a year or two when the trusty 4WD is refused a warrant of fitness, is to buy an electric vehicle and run it off our solar grid. How good is that! as they say in Oz.

Upside; the weather here this summer had been sun from beginning to end, star-filled night skies and warm, clear, sea (and big swells on the surf beaches to make the surfers happy--and the builders after hours). As we are driving along our spectacular coast between the new and old houses (a frequent occurrence) John never fails to say "How lucky we are to live here."

So who cares really about which colour white and which burnish of copper knob?

Oh dear. Too many colours to decide between, so choosing the right word has gone missing. Then there is the warm, clear sea….  Back to it as soon as this newsletter goes out. ( I tell myself.)

The Absolutist  by John Boyne
I have found time to read few novels though. That, after all, is an essential part of being a writer. (As is watching great movies on Netflix or iTunes; The Wife from the novel by the extraordinary Meg Wolitzer, and The Children Act by one of my most favourite writers, Ian McEwen, beng two we have watched this week! I am now half-way through reading The Wife which is even more brilliant than the excellent film. I read The Children Act when it first came out, but had forgotten how clever it is.)

I have also discovered a new-to-me Dublin writer, John Boyne. Why are Irish writers so very exceptional? I have a tiny inkling that John Boyne may be one of the presenters at the Auckland Writers' Festival in May; the program is out in two weeks so will know then. Boyne's breakout novel was The Boy in the Striped Pyjamas. The film I have seen of course, but haven't read that book. The novel I am reviewing here and recommend as a five star read, The Absolutist, was first published in the UK in 2011. Boyne has written at least ten novels (obviously doesn't have to choose which white to paint his living room) and I have already downloaded samples of many of them to my trusty Kindle. (Such a great idea that. Read the sample, click on Buy when the sample runs out if you must keep turing those pages, and whosh, there it is! Even on an off-griddish island with cute little satellite dishes on roof.)

The Absolutist is a story of the relationship between two young men who fought in the same regiment in the Great War. It is told in first person voice by Tristan Sadler, a quiet and contemplative lad who volunteered for the army in 2016 at age seventeen and became friends with Will Bancroft during training. The book begins in September 1919 when Tristan, now twenty-one, takes a train from London to Norwich to deliver a package of letters to Will's sister; letters which she wrote to Will during the war and which Tristan feels compelled to return to her, perhaps in honour of his friend, or to give him an opportunity to put the record straight. The heart of the story; the intensity of Tristan and Will's relationship, and Will's decision to withdrew absolutely from the war­–a moral stance punishable by execution–is told against the horrific background of the trenches in Northern France. By the end of the book it is 1979, and Tristan is 80, a famous, solitary and introverted writer. He meets Will's sister again, a meeting that leads to the compelling conclusion to Tristan's lifetime of unrequited passion and love, guilt, betrayal, grief and heroism.

This is an anti-war story, a love story, and a sexual identity and coming-of-age story, and raises moral issues  that today are for many people acceptable but in 1918 were not. It is beautifully written and structured so that you will not want to put it down, in spite of the horrors it describes so graphically. Boynes's writing and subject matter remind me of Sebastian Faulks's greatest books (Birdsong, and many more), and from me, there could not be a greater recommendation.