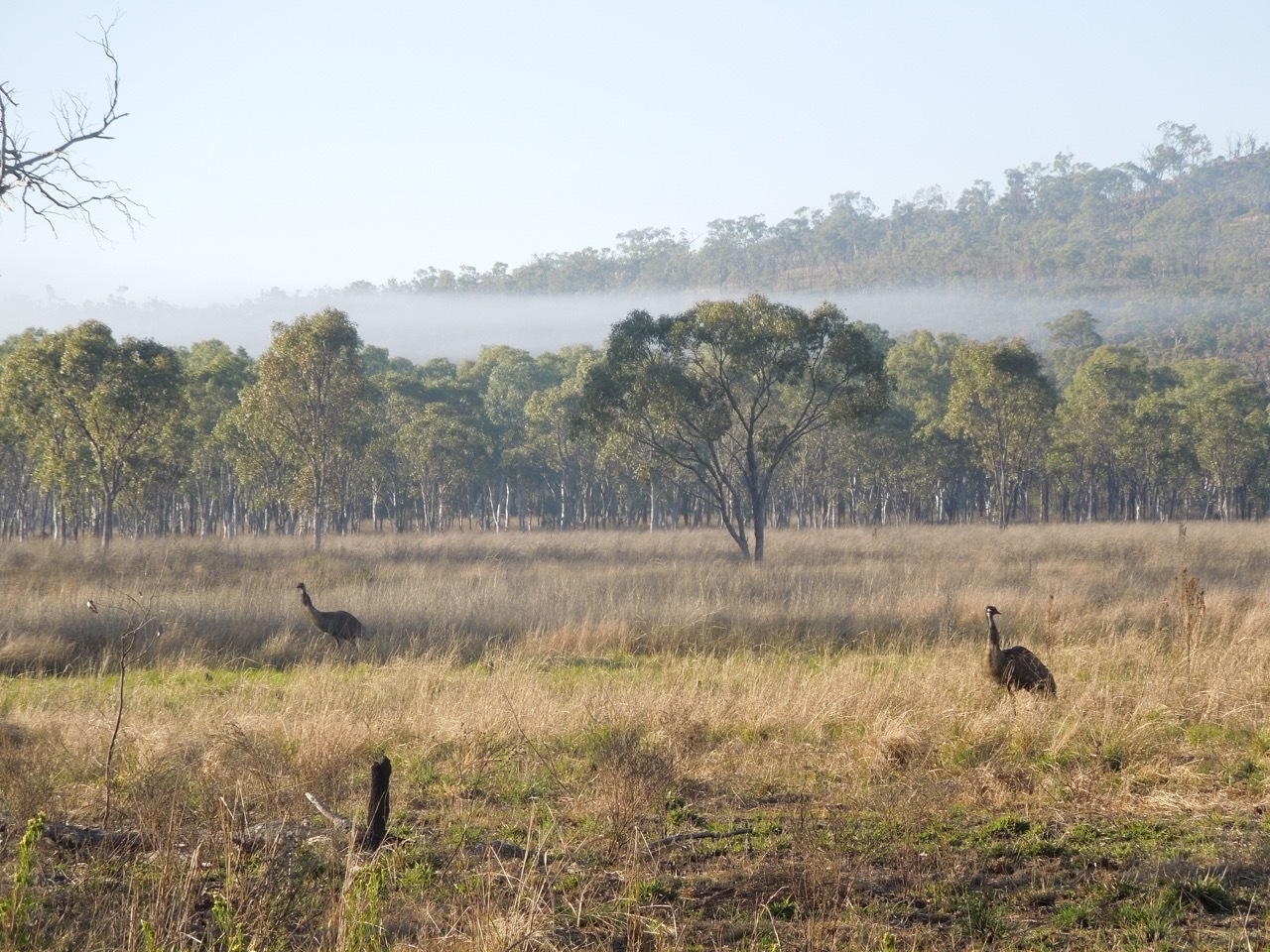 1. It is a good use of the 4WD after all the money we have spent on fixing it up.
2. Driving in the Outback usually breaks stuff in 4WDs including the air conditioning and the windscreen.
3. There are lots of amazing and colourful birds to be seen, and with luck one’s husband will add a few species to his already large (400+) sightings of Oz birds. This will make him very happy.
4. Being an addicted birdwatcher’s companion means a great deal of standing dead still under a blazing sun whilst perching on a fallen log in a remote riverbed. And if one dares to speak quietly (‘Can we move into the shade now; we’ve been standing here for thirty minutes’), one does not get any brownie points.
5. There are lots of ‘characters’ in the Outback and these may be useful for future novel plots.
6. Some can’t really be exploited in this way because it would not be kind. For example, here we were at the stunningly beautiful Black Braes National Park, a million miles from anywhere and the only ones there over the three days we were camping and an elderly man shows up. He must have been well into his eighties. His 2WD small car was parked fifty metres away, not on the road. “Do you know where the old shearing sheds are?” he asked us. We shook our heads. There wasn’t even a loo here; it was spades and squatting (not many trees either which fortunately wasn’t a problem as we were the only campers). “I was told there was an old shed, and I’ve got the missus in the car. She’s got Alzheimer’s and I’m driving around getting photos that might help her remember the past. I don’t think I came up the right (4WD) road to get here. I drove up the fenceline for about thirty kms and it was pretty rough,” he said. “In that little car?” we gulped. “Yep,” he said. “The other day my wife had a fall when she got out of the car in a rocky riverbed. She got her face badly bruised and two black eyes and I had to drive back aways to the hospital. But she’s OK again now. Still got the black eyes though.” And off he went in the 38 degree heat, this time back down the actual 4WD road. We followed him twenty minutes later to make sure he hadn’t got stuck in the steep (dry) river crossing. He was nowhere to be seen so we assumed he’d made it through. We decided he must have once been a shearer and his ‘missus’ perhaps his roustabout. I hope he found some beautiful old shearing sheds to photograph. It is a photographer’s dream in the Outback.
7. Perfect blue skies day after day, and clear star-filled skies at night.
8. Near or reaching forty degrees (104 degrees fahrenheit) during the day and almost freezing at night at some of our camp sites. Tropical sleeping bags not a good idea. Vinnie’s second hand clothing provided fashionable track pants for $2 which helped a little.
9. Fabulous shade-making fig trees full of newly ripened fruit at our campsites back nearer the coast, perfect to pitch our tent below.
10. Fruit bats with one metre wing spans (in their hundreds) fighting and screeching over the fruit all night and dropping their masticated figs and their large, loud very toxic droppings all over our tent and once-white-now-red-and-brown-blotched 4WD.

I could go on for another ten or twenty but I won’t. (Although we did see platypus in the wild at Hidden Valley up past Paluma nearer the coast. Not only did we see them, we saw them courting, the male holding the female’s tail and the two of them swirling about on the surface of the water. According to our guide this is a very rare sighting and he sees behaviour like this about once every four years although he does 250 Platypus safaris a year!) All in all a fabulous trip, with the positives vastly more wonderful than the negatives were not. And no radio or TV so no need to listen or watch more about our world falling apart.

Still waiting on my agent to read my latest fiction manuscript while I plod on with the next one. This is not a game for the impatient (which I unfortunately am).

I have been interviewed over the last few weeks for a few random articles. You have read it all before so I won’t give you the urls!

Book Review
Two this month, both by African writers; the first, Imbolo Mbue from Cameroon, now living in New York, and the second, Jesmyn Ward, an African American who lives in New Orleans and often sets her novels in Mississippi. I think African writers, especially these so very young African writers, have some special writing gene; they are spectacular novelists.

Behold the Dreamers by Imbolo Mbue

This is one of the best books I have read this year. I loved it. Beautifully written, with an unusual and very clever structure that allows Imbolo Mbue to tell two New York stories; the first of Jende and Neni and their son, immigrants in 2007 to the US from Cameroon, and the story of Clarke Edwards, a senior executive at Lehman Brothers just before the crash, and his lonely and once poor wife Cindy Edwards and their two sons. Jende secures a position as Clarke’s chauffeur and it is through his listening ear that we gain access to Edwards’ family dynamics. Both families are following the American Dream… (is there still such a thing??)
Jende and Neni’s voices are wonderful and give such evocative insight into the stresses of being an immigrant, desperate to retain a job and ultimately a green card. The relationships that develop between Jende and Clarke Edwards, and also between Neni and Cindy Edwards, when Neni is given a job minding their nine-year-old son in their summer house, negotiate the power/trust/racism boundary between the master and servant dynamic with empathy and a sense of realism. This novel has been long-listed for the Man Booker Prize and it has my vote. A stunning debut novel. I received an Advance Reader copy, although it is such a wonderful book I have also bought my own copy!

I read all Jesmyn Ward’s books. “Salvage the Bones” was one of my all time most loved books, and this one is every bit as good. Seeringly honest, emotional, sad, uncomfortable, and stunningly written. Ward’s way of describing things metaphorically and uniquely is phenomenal. A story about poverty and racism through the lens of an understandably dysfunctional mixed race family in Mississippi, but laced with small islands of good. The incredible grandparents, the sad and unable to mother mother, and most vivid, the love beteen fifteen-year-old JoJo and his three-year-old sister—one of the most heart-rending and best described relationship bonds I have ever read. Ghosts as well, but not in the usual sense. Ward has proven that she is truly a great writer who can continue to write great books. Again I received an Advance Reader Copy, and I’m not sure when the paperback/e-book will be published, but preorder now so you won’t forget! I think this is pretty much equally one of the best books I have read this year.