Out of Mind, Out of Sight: The Mystery of Hemineglect 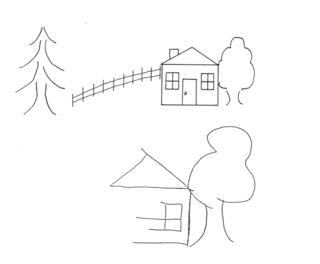 This pun of a title graced my PhD thesis about hemineglect, written so many years ago I prefer not to think about the exact year. But back in those days, hemineglect was not commonly known about, although it had first been described over 100 years previously by a neurologist with the perfect name—Dr. Brain! When I was a student, there were only a handful of researchers in the USA, England and Italy studying hemineglect. Today it is studied by thousands of researchers, and thousands of articles have been published about it. But more than 100 years after it was first described, hemineglect—also known as unilateral spatial neglect, or unilateral inattention—is still one of the most fascinating and mysterious of the neuropsychological disorders.  Read More
2 Comments

I love your little comment on the man in the wheelchair who didn't know the kitten was down there near his left wheel, yet never ever hit it! It's lovely that the instinct to protect is so strong.

This is absolutely fascinating. It brings to mind other phenomena such as those of people with normally functioning eyes who are "blind"; unable to see but still able to navigate around hazards.