Tags: A Drop in the Ocean, bestseller, E-book sale 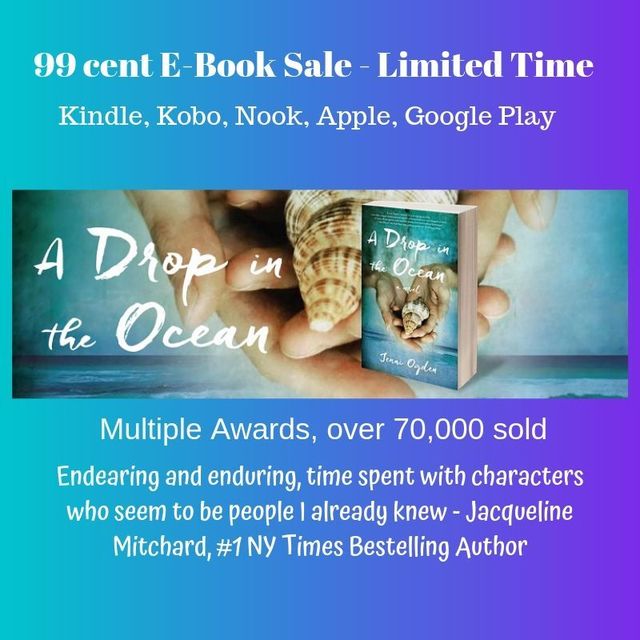 Greetings from the winter at the bottom of the world!

The E-Book of A Drop in the Ocean is discounted to 99 cents until 14th July on Kindle, Apple, Nook, Kobo, Google Play in US, Canada, UK, Australia, India.

I would love you to share my advert on your own social media. Go here to my FB page  for a jpeg image you can share, and if you have read and enjoyed the book, do please add a comment of your own. Nothing beats word of mouth from a friend to sell a book.

If you are a Twitterer, click on this link to go to a Tweet with image I have posted, and retweet it! Thank you.  Or forward this to your book-loving, sale-loving e-book reading friends. So far it has sold over 70,000 copies and has 2473 Goodreads ratings, (ave 4.18), and 457 Amazon Reviews (ave 4.5). And if you want to make me very happy down here in the cold, please do add your own review or rating to Amazon or Goodreads or other bookish sites, and click here to sign up to my monthy Off-Grid e-newsletter.

(Note: The link in my Tweet is to the e-book on Amazon US, but feel free to delete that, or add a link to another e-book site in another country)

A Quiet Book about Turtles, Relationships and Community

Tags: A Drop in the Ocean, bestseller, Author of the Day, Many Books, Jenni Ogden, Quiet reads, Turtles, community

Author of the Day Interview
Click above for an author interview about the inspiration for 'A Drop in the Ocean' and other insights of trivia about me...
1 Comments

I loved your book "A drop in the ocean", especially the way you build your characters. They are lovely and it will be nice for a woman to meet her Tom somewhere :) ! One of my dreams is to visit Australia, thank you for the pleasure

Tags: A Drop in the Ocean, bestseller, E-book sale

Currently (until 13th November) there is a 99 cent e-book sale for "A Drop in the Ocean" and it is always fun to check out the sales ranks on Amazon while a sale is taking place, especially when the e-mail is sent out just once by a large book promotion organisation to hundreds of thousands of keen readers. Especially if one's book hits the Bestseller list (meaning in the top 10 of all paid Kindle books in a particular country; ie: in US in the top 10 paid Kindle books of 5 or 6 million+ books, but probably more like 3 million in Australia or Canada; no one knows the true figures which are increasing apparently by about a million + books per year). As a result of this single promotional e-mail, "A Drop in the Ocean" made it to Bestseller in both Canada (#6) and Australia (#4), in both cases for a whole two days! Also in its categories (Literary fiction, Women's fiction, Contemporary fiction) it got to #1 or #2, and got into the #2 slot for Kobo in Canada as well.  Read More
1 Comments 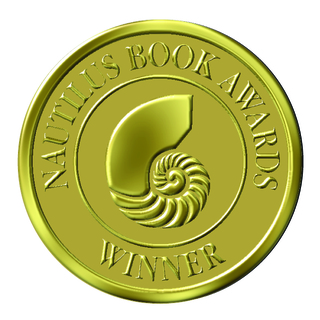 Thank you for supporting and sharing on social media about Nautilus! Read More
Be the first to comment

Tags: awards, writing, A Drop in the Ocean 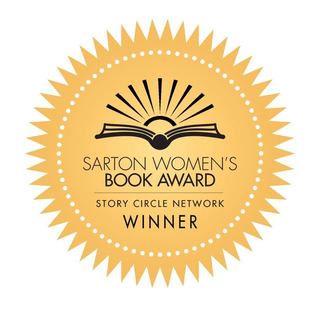 The Sarton awards are sponsored by the Story Circle Network, an international nonprofit community of women writers. The program is named in honor of May Sarton, who is remembered for her outstanding contributions to women's literature as a memoirist, novelist, and poet. The awards are given annually to women authors writing chiefly about women in memoir, biography and fiction published in the United States and Canada. Congratulations to the other four category winners! May the spirit of May Sarton live on! Press release here:

A Drop in the Ocean Shortlisted for Book Award

Tags: awards, writing, A Drop in the Ocean 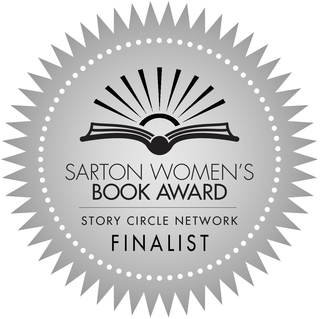 Click to see Shortlist
Please to share the news that "A Drop in the Ocean" is a Finalist in the highly regarded US Sarton Women's Book Awards, in the Contemporary Fiction Category. Fingers crossed! Winners announced April.
Be the first to comment

Tags: A Drop in the Ocean, Trouble in Mind, Jenni Ogden, Christmas, gifts 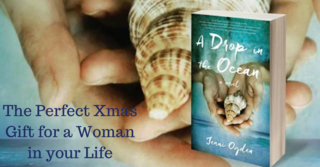 A Book for Christmas!
Is there a woman (or man) in your life who loves to read bookclub fiction, or a book that will transport them to an idyllic island, if only for a few hours? Consider gifting them 'A Drop in the Ocean' (ISBN(13) 978-1-63152-026-6) for Christmas! It is easy to buy—online of course from most online book sellers and the big book stores like Barnes & Noble, but better still from your favorite independent bookshop. If your bookstore needs to order it in, in the US and Canada they can order it through Ingram Publisher Services, in the UK from Ingram Publisher Services or Baker & Taylor, in Australia from Dennis Jones & Associates (www.dennisjones.com.au) and in New Zealand from Nationwide Book Distributors (www.nationwidebooks.co.nz).

If engaging, intriguing and informative true stories about patients with brain disorders are more to their taste, gift them my memoir, 'Trouble In Mind: Stories from a Neuropsychologist's Casebook.' I promise these stories are more uplifting than grim. Any bookshop should be able to get a copy for you, or go to Scribe Publications (ISBN 978-1-922070-56-2) in Australia or Oxford University Press (ISBN 978-0-19-982700-8) in the US and UK. Or, of course, buy it online.  Read More
Be the first to comment

NEXT ACT FOR WOMEN INTERVIEW

Love to to read and share this interview in Next Act for Women;
Publishing Her First Novel While Living Off-Grid: Jenni’s Story. (Link: http://nextactforwomen.com/writing/novel-living-off-grid/)
Next Act For Women is an award-winning site included in "The Must-Read Blogs of 2015 For Those Over 50 on Huffington Post." It is the creation of an incredible woman, Hélène Tragos Stelian. She posts in-depth interviews with 50+ women who have followed their passions and changed direction. Her hope is to create a community where women can read about and join women who have made this leap, learning from each other as they strive to live out their Next Act. That’s me! Woo Hoo!  Read More
Be the first to comment

GOLD IPPY AWARD for "A DROP IN THE OCEAN" 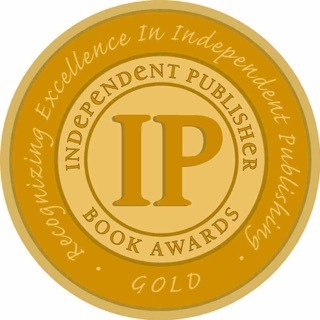 Tags: writing, A Drop in the Ocean 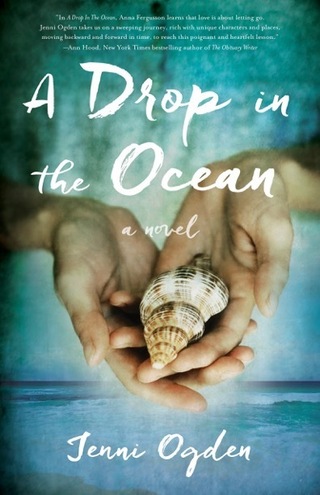 In the last week or so A DROP IN THE OCEAN has been getting many great reviews on Netgalley and two more humbling endorsements from two of my most favourite authors, Robin Black and Barbara Claypole White. I have of course added them to my other endorsements from generous authors under Reviews, but wanted to share NOW! These authors take so much time to first read and then write an endorsement when they are all completely overloaded themselves with deadlines for their current book and all the marketing stuff that f goes with it (apart from their normal lives...) And I added the final sentences of a review from "For The Love of Books" (one of the many Netgalley book reviewers) because I really love it!

"This is a quietly majestic book, taking on quests for identity, for connection, for love, for self - always with dignity and with an impressive breadth of understanding. Like the turtles whose lives and habits are tracked in these pages, the characters at the heart of A Drop In The Ocean move gently but with enormous consequence. Here is a book to lose oneself in - and then share, enthusiastically, right away."
—Robin Black, bestselling author of Life Drawing and Crash Course: 52 Essays From Where Writing and Life Collide.

"A novel about turtles, the fragility of life, and the complexity of love, A Drop in the Ocean will transport you to remote islands with its lyrical natural imagery. This is a story to savor, discuss, and share.”
—Barbara Claypole White, bestselling author of The Perfect Son

"I fell in love with the island and with Tom myself, but those turtles. Oh, those turtles, I wanted to quit my day job and head to Australia to do everything I could to protect those magnificent, wise creatures.”
—For the Love of Books  Read More
Be the first to comment